While Nico wanted to go to Ethiopia to visit Lalibela, I wanted to visit Erta Ale (btw, you can read Ethiopia Visa requirement for Indonesian here). This area in the Afar region is one of the very few places in the world where you can witness directly (yup, close and personal) flowing lava. This was definitely on my bucket list. Btw, I should share the list maybe just to make it more fun (you know… I can get people to remind me what I should be doing).

I received quite a few questions related to my trip in Ethiopia especially about Erta Ale. So here is an article which I hope can help you get the idea of Ethiopia and also the Danakil Depression. Let’s start shall we? Where is the Danakil Depression and Erta Ale?

Please keep in mind that the Danakil Depression is one of the most inhospitable regions in the world so if you are interested in visiting the place by joining the tour, prepare yourself. There are no fancy facilities at all. I couldn’t even say basic facilities, nope. It is less than basic. How much does the Danakil Depression Tour Cost?

I paid less than that. How? First, I think it was because I got the right contact. I also booked when I was in Ethiopia (like 3-4 days before the tour). It was also low season when I visited.

The most popular tour is the 4-day 3-night trip that I took. This trip includes a visit to the Salt Lake, Dallol (Sulfur Spring) and Erta Ale. But they also have a 2-day 1-night tour where you have to choose between visiting Erta Ale or Dallol.

I met a group of people (they joined our group on the day 2) who joined the 3-day 2-night tour (so be aware that this option is also possible!). The only thing that they missed out on was the sunset at the Salt Lake and enjoying the view of Camel caravans. I personally think the 4-day 3-night program is the best ☺ What is the itinerary? Where Does the tour Start?

There is a morning flight from Addis to Makele, so they can also pick you up from the airport (make sure your arrival is around 8-9 AM) for the 4-day 3-night tour. And keep in mind it’s worth flying into Ethiopia on Ethiopian Airlines as then you get discount tickets for all internal/domestic flights.

You can check the ETT website for the itinerary, but basically what I did is something like this; they sometimes re-arrange the itinerary, for example, you can go to Erta Ale on your day 2 and go to Dallol on your last day. We went to the salt lake (Lake Asale) and enjoyed sunset from the lake. You’ll sit there enjoying your drinks (they provided very sour wine) and watched the salt being loaded onto the camels. There were lots of camels. Endless.

At the end of the day you’ll stay overnight under the stars. This was probably the worst night during my 10 months of travel. It was really hot until I couldn’t sleep. I thought when the sun goes down it would be so much cooler (it was 44-45 C), but I was wrong.

It was hot even until 1-2 am. Like really hot! I kept on washing my face and my neck just to cool myself down. On the plus side I didn’t need to worry about rain sleeping under the stars without a roof. On the second day we went to Dallol. At 116 meters below sea level it is one of the lowest places in the world. It’s also got some crazy landscapes with endless salt flats and sulphur lakes.

When you visit the sulphur mines you’ll see from afar the leftover train way/line that was built by the Italians before the Second World War. The rusting railway line was connected to Eritrea. You’ll also stop at the Salt Mountain.

We didn’t see where the salt was mined because it was Friday and no one works on Friday (because in the Afar region most people are Moslem). So choose your tour days wisely ☺ Maybe avoid Friday if you really want to see everything.

On the way back from the Danakil Depression we stopped at a small waterfall on the way to the village where our guesthouse was located. The small waterfall and its natural pool were like an oasis. It was so nice to be able to clean and cool down after a hot day and a night without a shower.

On the second night we stayed in a guesthouse. It was basic with several mattresses on the floor in each room. Still, it was a lot more comfortable compared to the first night. We could charge our phones, camera batteries; and have a shower amongst other things. We started the day around 9 am and spent a long time on the road. We didn’t travel that far, but the road condition wasn’t so good. In the worst places the road was little more than solidified lava, rock and sand.

Teke, my driver, said that this was the toughest part of the journey (for him). He needed to drive very carefully. He did tell me to mind my head because we were bouncing around (I hit my head twice). Haha.

Eventually we reached the hamlets in Askoma/Dodom. This was where the trekking started. We had several hours to relax around the hamlet and get some dinner before the trek started.

It’s a 9 km trek from Askoma to Erta Ale. The volcano is not that high, it is only around 600 meters above the sea level. The trek took us between 3-4 hours in the dark with three 15-minute breaks.

We finally reached Erta Ale small basecamp around 10-11 pm. From the basecamp we could look out over the crater and see the glow of the volcano in the distance. Our guide said that we could chill for 15-20 minutes before we start the walk to the crater. It was only a 200-meter trek or so to the crater, but it was certainly one of the most memorable walks in my life. We needed to walk in one line, with the guide basically leading the way using a stick to check whether it was safe or not.

We enjoyed (really? enjoy?) the view of flowing lava for some time. We walked around one third of the side of the crater side. I fully realized that it was dangerous, but because I was so excited I kind of forget that it can erupt at anytime and kill us all.

Nico was a different story. His realistic brain couldn’t believe we spent more than 10 minutes by the crater of a very active volcano (with huge flames and flowing lava that you could clearly see). He was saying the same thing all over again: ok, I have seen the lava and I want to go back. Now! I couldn’t remember the exact time, but probably around 1 am we finally reached the small base camp that was set up by the organiser. They prepared our mattress and sleeping bag.

We slept under the stars with addition of an active volcano only 200-300 meters away (you could hear the sound of the active volcano). It was certainly one of the most amazing experiences of my life.

The next day we woke up around 5 am. After we packed up we walked back to the camp where the cars were parked. Yup… we walked another 9 km, don’t worry it was mostly flat.

We needed to get back before the sun was high up because otherwise we’d get very hot. The guide confidently led the way. Well I say confidently, I found out at the end that it was his first time and he didn’t know exactly where he was going.

When we reach the camp, each of us were welcomed with a bottle of juice (too bad it wasn’t cold hahaha). It was delicious though and I was feeling very hot. We ate breakfast and packed up to leave the area.

Before proceeding back to Makele we stopped at the Salt-water Lake and Hot Spring to clean ourselves up. The saltwater lake was a bit like the Dead Sea and you could float in the water.

A lot of the third day it felt like the tour organiser was buying time. To be honest with the amount of time we spent in the car, driving from one place to another place plus the heat, I think it was a good itinerary.

The 4-day 3-night tour was really well arranged. It won’t leave you super exhausted (even though I still felt exhausted by the end of the tour).

What should I bring?

If I had to do the whole thing again I’d probably bring some more snacks with me from Addis (there weren’t really any supermarkets around town so it was impossible to buy much). Food? What food do they serve?

The food was generally great. It was a mix of European dishes and Ethiopian food. Very filling and there we could have several portions (so you didn’t need to worry about getting hungry).

Along with the food they also provided mineral water. I drank a lot of water (and felt guilty for creating so much plastic waste). Btw, you won’t miss the chef! He is very loud, but quite fun. Ok, this is a very tricky question. The only time when I felt slightly (hahaha yes I use the word: slightly) in danger was when we were close to the crater with the flowing lava. Even though it is slight, the danger is so real.

If anything did happen… It was a 9 km walk to the basecamp where the cars parked and a 2-3 hour drive along bumpy road before you finally hit proper road. On top of that I don’t know how far it was to the nearest hospital. Do I Need to Prepare for the Tour?

You need a good amount of stamina for the tour. You won’t do those many activities, but the heat can drain you. Our driver was constantly reminding us to be really careful on several places where he thought it could be quite dangerous.

ETT was really professional and the tour, like I said before, was very well organised. Two things that I would say I was quite sad/disappointed about were: Without a doubt visiting Erta Ale will be forever in my memories. I am glad I did it. I will probably never visit an active volcano to see the flowing lava again. Hahaha. I’m not sure if that’s a bad thing!

If you have the chance to do the Danakil Depression Tour I’d recommend it. The landscapes, the sites you see and the people that you are surrounded by make it an incredible trip. Definitely one for the bucket list!

Have you ever been to Erta Ale and done the Danakil Depression Tour? Do you have any questions about the tour? Let me know on the comment section below. 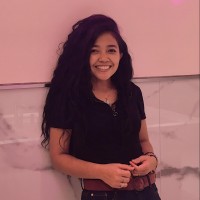